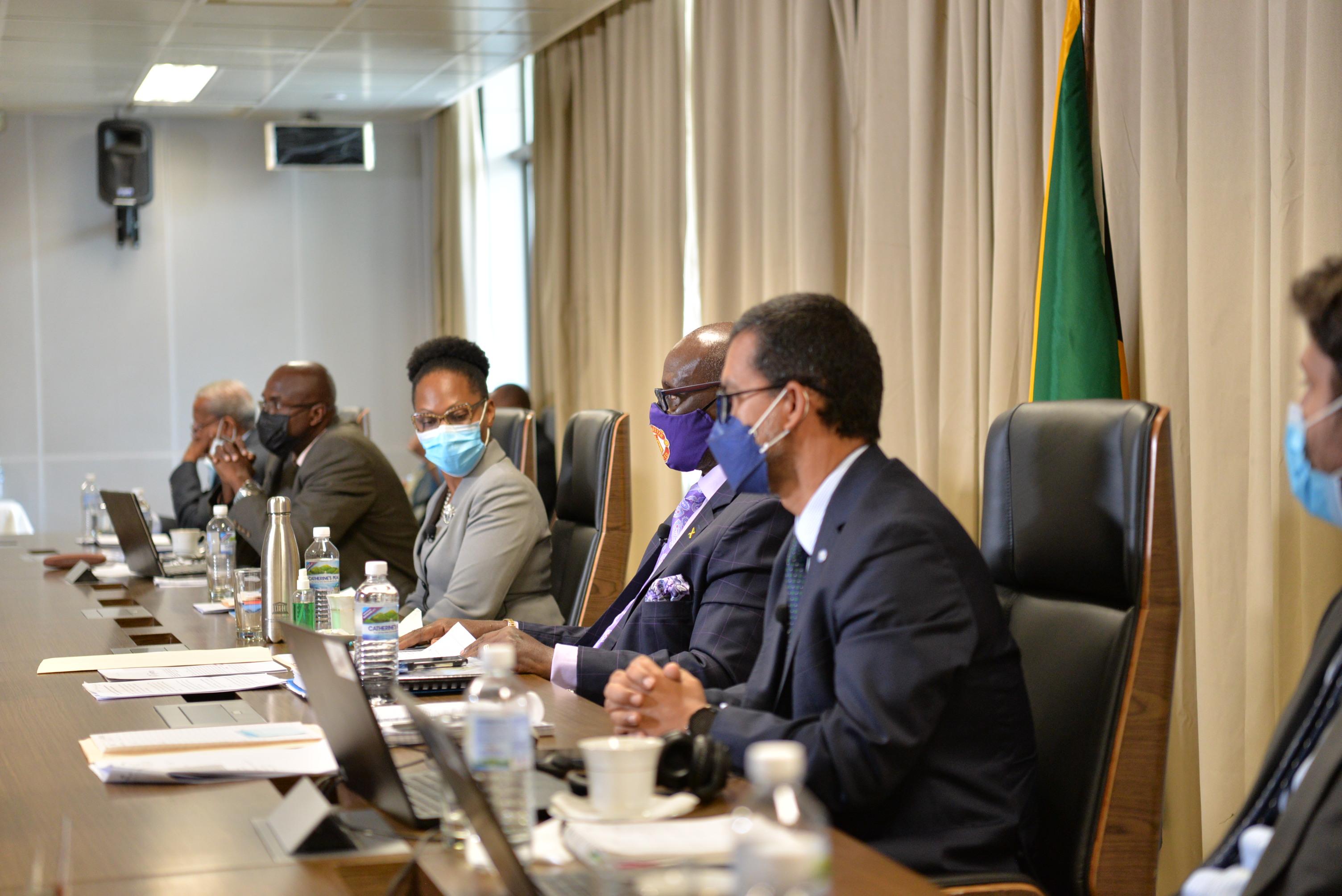 Ministers and senior officials from the Americas and the Caribbean pledged to make their countries more resilient to hazards, such as earthquakes, hurricanes or pandemics, and renewed their vow to achieve the goals of the Sendai Framework, the international pact on disaster risk reduction.

In a declaration at the close of the VII Regional Platform for Disaster Risk Reduction in the Americas and the Caribbean, hosted by the Government of Jamaica from November 1-4, they noted “with concern” that that “the human and financial cost of disasters is rapidly rising, trapping countries in a continuous cycle of emergency response and curtailing governments in their capacity to grow and develop.”

Ministers and senior officials from 29 countries, half of them in the Caribbean, reiterated their “commitment to achieve the Sendai outcome of substantial reduction of disaster risk and loss of life, livelihoods and health, and particularly to reduce mortality and the number of people that are affected by disasters.”

The RP21, the Americas’ most important disaster risk reduction event, was held virtually for the first time. A series of panels and online discussions debated the challenges and needs of a region that is one of the world’s most hazard prone. Around 3,000 delegates exchanged ideas and best practices on how to strengthen disaster resilience and integrate disaster risk reduction into recovery plans and development planning.

Regional platforms are a core element of the Sendai Framework for Disaster Risk Reduction, which was agreed in 2015 as key plank in the United Nations 2030 agenda for sustainable development. For the first time, the conference agreed that a Youth Forum, held in advance of the Jamaica event, will become a permanent feature of regional platforms in the Americas and the Caribbean to ensure that the voice of youth is heard.

The declaration recognized the impact recent disasters have had in the Americas and the Caribbean, including the COVID-19 pandemic, the volcanic eruption in St. Vincent and the Grenadines, the 7.2 earthquake in Haiti and the Eta and Iota hurricanes in Central America. It also took note of the specific challenges facing small island developing states (SIDS) of the Caribbean region.

The COVID-19 pandemic is a manifestation of the systemic nature of risk that all countries and regions face and has underlined the urgency to address disaster risk. Recovery from the pandemic is an “opportunity to build back better” and plans should “enhance disaster risk reduction, upscale social protection systems and contribute to building resilience,” the declaration stated.

Even before the pandemic, the Americas and the Caribbean accounted for over 50 per cent of the global economic damage caused by disasters in the past 20 years, and Covid has taken a particularly heavy toll in the region, provoking a high number of deaths and deep economic disruption.

The ministers and senior officials committed themselves to “de-risking” public and private investments and to creating enabling regulatory environments for the promotion of resilient infrastructure. They also promised to support the expansion of disaster risk reduction financing and risk transfer mechanisms and the continued promotion of public-private partnerships with the goal of uniting efforts against disaster risk and damage to critical infrastructure and services.

Risk governance mechanisms would be strengthened, particularly in geographic areas of greater vulnerability, through the engagement of all sectors and at all levels.

The declaration recognized the disproportionate impact of disasters on women and girls, children and youth, persons with disabilities, older persons, sexual minorities, migrants, indigenous peoples and other historically marginalized populations and vulnerable groups, but also highlighted the importance of these groups as “agents of change”. Disasters have become a major cause of forced displacement of people, which requires concerted action at local, sub-national, national and regional level.

Ministers took note of the declaration of the youth forum and the input of youth to the region’s road map for implementing the Sendai Framework, the Regional Action Plan, along with the perspectives of civil society members and grassroots and women’s organizations on the plan, which was updated during the meeting.

The declaration emphasized the need to strengthen international development cooperation and solidarity to recover from the pandemic, fight climate change, address the underlying factors of risk and embark on a path of resilience by redoubling efforts in the implementation of the 2030 agenda.

It also expressed its conviction of the importance of strengthening both north-south and south-south cooperation and the need to continue encouraging the participation of providers and international organizations to support the actions identified in the Regional Action Plan for the implementation of the Sendai Framework.

“Only together can the countries and people of the region be truly resilient,” ministers declared.